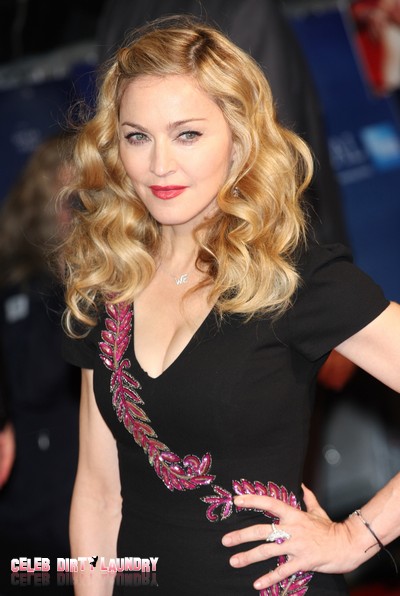 Madonna might not yet be the most talented movie director out there but what she lacks in skill she makes up for in passion. Andrea Riseborough says that Madonna was “a joy” to work with on the set of ‘W.E.’ Andrea plays the lead in Madonna’s ‘W.E.’ which she both directed and co-wrote with Alek Keshishian. Alek is best known for his 1991 film Madonna: Truth or Dare, which for a time was the highest-grossing documentary ever made.

Andrea who plays the key role of Wallis Simpson in the movie, which was also co-produced by Madonna, found the star’s “passion and strength” in telling the tale of the American socialite “infectious.”

Asked what Madonna was like to work alongside, she said: “A joy. Her passion was infectious, her strength was admirable and we were complicit from the outset about how and why we wanted to tell this woman’s story.”

‘W.E.’ is a two-tiered romantic drama focusing on the affair between King Edward VIII and American divorcée Wallis Simpson and a contemporary romance between a married woman and a Russian security guard.

As IMDb states: The remarkable, hyper-ambitious Material Girl who never stops re-inventing herself, Madonna has sold over 300 million records and CDs to adoring fans worldwide. Her film career, however, is another story. Her performances have consistently drawn scathing or laughable reviews from film critics, and the films have usually had tepid, if any, success at the box office.

Hopefully Madonna will have more success as a director than as an actress – in any case, if she fails it won’t be for lack of passion!