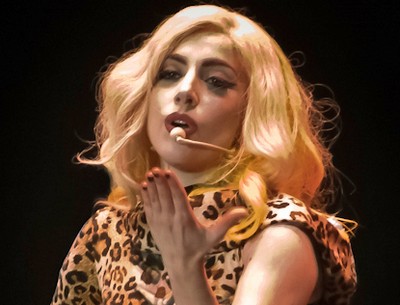 Lady Gaga has topped Forbes this year’s Top Earning Women in Music List and Madonna can’t stand it. Madonna went out of her way to beat out Lady Gaga for the right to perform on the half-time show at the coming Super Bowl. Madonna hopes to become relevant again as she launches another world tour and new album. Madonna has never had Lady Gaga’s talent and hard as tries, and even though she insists on making a fool of herself with a 24-year-old toyboy, Brahim Zaibat, Madonna is just too old to rock and roll!

According to Forbes.com, Gaga earned more than double of any other female pop stars over the past 12 months, raking in $90 million in 2011.

Country singer Taylor Swift was second with $45 million with Katy Perry closely behind her on $44 million. Beyonce Knowles and Rihanna finished off the top five, earning $35 million and $29 million respectively.

Gaga’s amazing earnings were mainly due to her ‘Monster Ball’ tour, which grossed $1.3 million a night as well as many endorsement deals, which include the likes of Polaroid, Virgin Mobile, Monster Cable and PlentyOfFish.com.

The earnings estimates were compiled with the help of data from Pollstar, RIAA and others, as well as extensive interviews with industry insiders including lawyers, managers, concert promoters, agents and, in some cases, the musicians themselves.

The totals encompass all pre-tax income earned from May 2010 to May 2011, before subtracting agent and manager fees.

Other stars in the top 10 include British star Adele – who has had worldwide success with her album ’21’ – Alicia Keys and Pink.

Landing at the bottom of the list was that robot – Britney Spears.

The Top 10 of Forbes.com’s Top Earning Women in Music List: