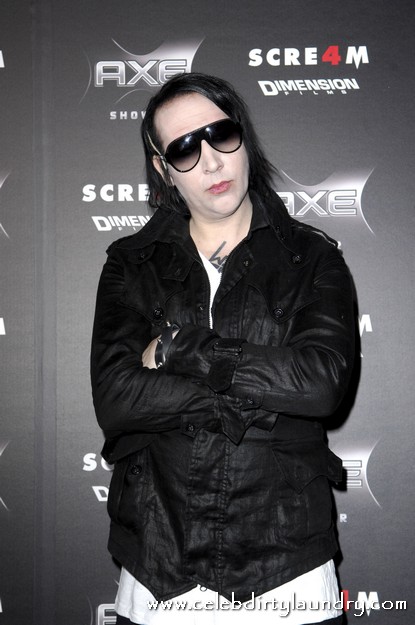 Marilyn Manson is actively seeking a part in the movie that could soon be starring Lindsay Lohan – a biopic about the infamous murderer Charles Manson.

Marilyn Manson, who’s original name is Brian Hugh Warner and who happens to be a distant cousin of Conservative pundit Pat Buchanan is not looking to play Charles himself.

Sources connected with the movie say that Marilyn approached director Tyler Shields about playing Charles Manson’s right-hand man Tex Watson, who was convicted of several Manson murders, including the death of Sharon Tate.

As we first reported, producers are currently considering Lindsay for the role of Sharon Tate but Lindsay hasn’t officially signed on yet.  According to sources, producers “love the idea” of casting Marilyn as Tex and are seriously considering the proposition.

Just one look at Marilyn Manson and you can see he’d be perfect for any psycho role.