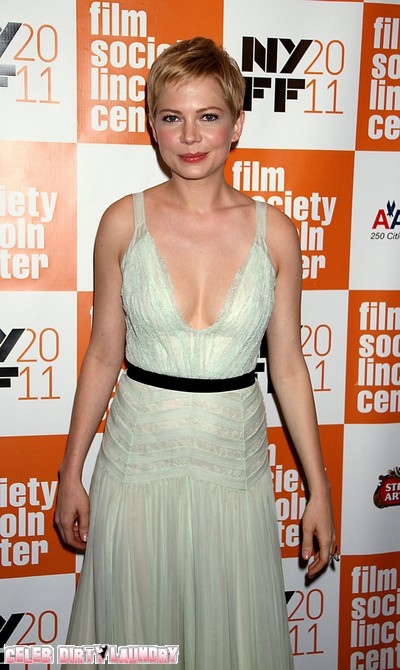 Michelle Williams who had a daughter, Matilda Rose, with Heath Ledger in 2005 says that she feels “lucky” to have survived Hollywood with her “sanity” intact.  Is meant in any way a comparison of herself to her most well known lover, Heath Ledger?

The former ‘Dawson’s Creek’ actress moved to Los Angeles when she was 16 and admits it was a crazy place to grow up and is grateful she didn’t come off the rails like many other young stars.

Michelle, now 31, said: “I am lucky. I lived in Hollywood during my late teens and managed to escape with my sanity. But would I recommend it to any 18 year old? No, I would not.”

“I wish I had known I wasn’t ready for it. I was with crazy friends going to clubs and chasing what he thought Hollywood was all about. I moved there at just 16 and found it a place with no boundaries. There were no limits, no rules and it was dangerous.”

“I compare it to a bowling alley, with lanes and partitions. You have to work out the stuff you will do – and stuff you won’t. I veered crazily across the lanes but never ended up in the gutter.”

Michelle – who now lives in New York with her five-year-old daughter, Matilda doesn’t blame her parents for allowing her to move to Hollywood but wishes she had got an education first.

She told The Sun newspaper: “It was weird and insidious. I never really knew who I was with, who I had been with and what was in my glass. I did not know what I was doing.”

“I don’t blame my parents. They wanted what was best for me and I insisted that this is what I wanted. But I never got an education, which I wish I had at 18.”

Well Michelle – its never too late to go back to school – in fact older students tend to do better than young ones since they are more serious, more mature.