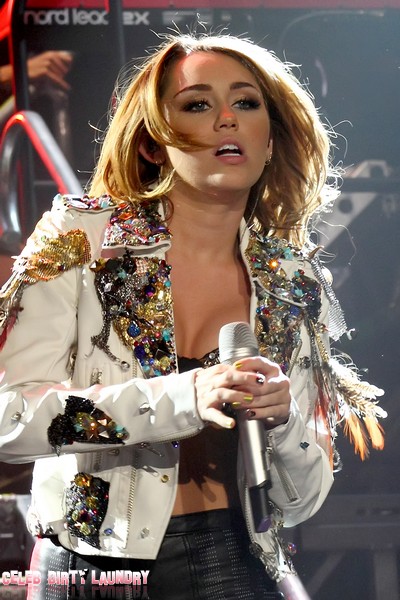 Miley Cyrus is set to do perform the voice of Dracula’s granddaughter in ‘Hotel Transylvania.’ Better to be a vampire’s granddaughter than to be tweeting one’s nipples… no?

The ‘Hannah Montana’ actress has been overly eager to rid herself of her teen-star image, but is set to make a return to kid’s films with the animation movie, which also features Adam Sandler.

Adam plays Dracula in the Sony Pictures film, but instead of hunting humans for blood her runs a hotel in the Romanian countryside well away from humans and catering for monsters and their friends and family.

Miley will take on the role of Mavis, a young girl who is shielded from the terrors of growing up while living with her grandfather.

Among the monsters featured in the film are Quasimodo – voiced by David Koechner – and Griffin the Invisible Man, played by David Spade.

Andy Samberg will voice a human who stumbles upon the hotel, while Cee Lo Green and Kevin James are also voicing parts.

Miley will next be seen in ‘LOL’ – an adaptation of a French movie – alongside Demi Moore and Ashley Greene.