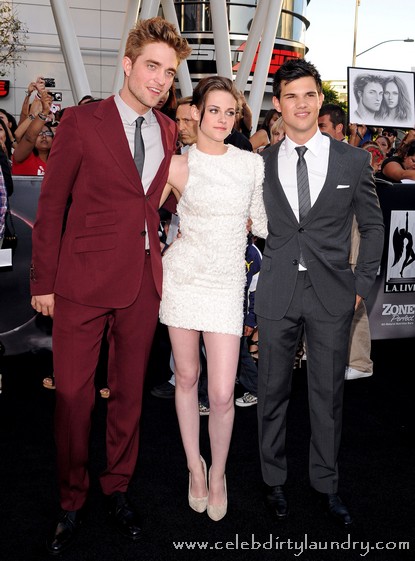 Being a Twilight actor certainly pays lots of $$$!  Everything is coming up rosies for young actors Robert Pattinson, 24, Kristen Stewart, 20,  and Taylor Lautner, 18.  All three of them are on Vanity Fair’s 2010 Hollywood Top 40 Earner list.  For the three of them the money and movie roles are pouring in.  Surpisingly, Taylor placed ahead of the two at No. 9 on the list with $33.5 million last year.  Kristen came in at No. 13 with $28.5 million, and Rob at 15 with $27.5 million.  Not bad money for the three stars!

It will be interesting to see if the three can hold the star power they command once The Twilight Saga movies are over.