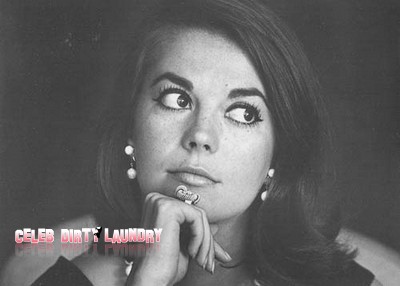 Amazing news has broken: what was ruled the accidental death of Natalie Wood 30 years ago has been re-opened as a homicide investigation and her husband Robert Wagner could be the prime suspect!

Wood spent Thanksgiving 1981 at her Beverly Hills home with her husband, parents, sister Lana and secretary Mart Crowley. The next day, the Wagners and Christopher Walken went to Catalina Island for the weekend.

On Saturday night, November 28, the Wagners’ yacht (Splendour) was anchored in Isthmus Cove. Also on board was the boat’s skipper, Dennis Davern, who had worked for the couple for many years.

The official theory is that Wood either tried to leave the yacht or to secure a dinghy from banging against the hull when she accidentally slipped and fell overboard. When her body was found, she was wearing a down jacket, nightgown, and socks.

A woman on a nearby yacht said she heard calls for help at around midnight. The cries lasted for about 15 minutes and were answered by someone else who said, “Take it easy. We’ll be over to get you” The witness later recalled “It was laid back – there was no urgency or immediacy in their shouts.”

There was much partying going on in the waters of Isthmus Cove, though, and while it has never been proven that the woman calling for help was, indeed, Natalie Wood, no other person has ever been identified or come forward as having called out for help on that night.

Stories circulated at the time that Wagner and Walken got into a drunken fight aboard the boat with Wagner later claiming the fight was over Natalie.

An investigation by Los Angeles County coroner Thomas Noguchi resulted in an official verdict of accidental drowning. Noguchi concluded Wood had drunk “seven or eight” glasses of wine and was intoxicated when she died. Noguchi also wrote that he found Wood’s fingernail scratches on the side of the rubber dinghy indicating she was trying to get in.

On March 11, 2010 Wood’s sister Lana stated that she was going to ask that the Los Angeles County Sheriff’s Department reopen the case of her death.

On November 17, 2011, the department said that it would re-open the case based on new information they had received.

What have they learned in this 30 year-old case?

The L.A. County Sheriff will hold a news conference Friday at 2 PM EST.