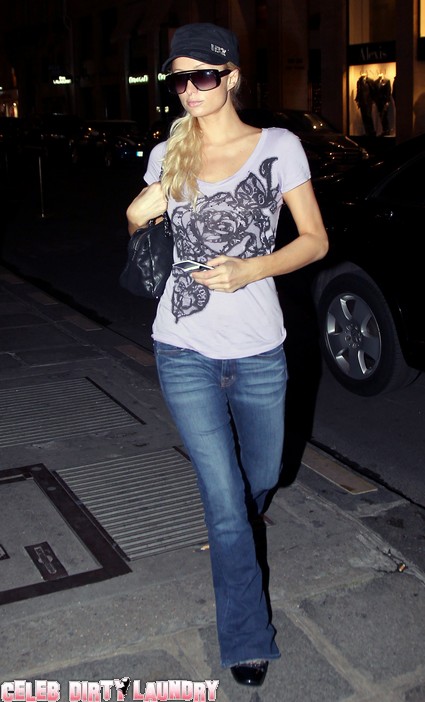 Paris Hilton arrived at her hotel in Paris, France on August 28, 2011 looking casual but chic in a t-shirt, jeans, a hat and sunglasses. Paris looked to be in a hurry to get inside rushing past the shutterbugs.

Over the weekend Paris joined her mother Kathy Hilton and sister Nicky Hilton at the lavish wedding of, Formula One Ceo Bernie Ecclestone’s daughter, Petra who married businessman James Stunt near Rome at the Castello Odeschalchi di Bracciano.  Paris wore a full length silver dress to the wedding and we have the pictures for you HERE.

We don’t know what Paris is going to be up to in France but we do know she will be expanding her business empire to India.  it is the next stop for Paris.. Paris will travel to India to introduce her fashionable line of handbags and accessories in that populous nation’s Shoppers Stop department store chain.