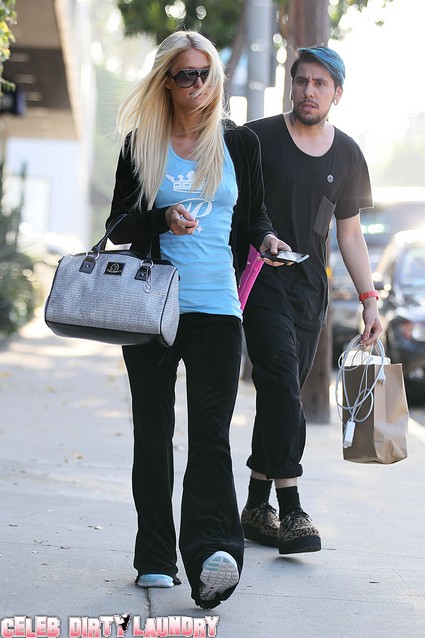 Paris Hilton treated herself to some well earned pampering yesterday after her successful business trip to the Philippines.  Paris was seen leaving Galvin Benjamin Salon in West Hollywood yesterday (August 19th, 2011) after having her hair styled.  Paris was dressed casually in black jogging pants, a baby blue t-shirt with a P for Paris?? and running shoes.  Her hair looks amazing love the blond streaks they put in it.  She is totally rocking the new do :-)

Paris tweeted while she was having her hair done: “Getting my hair done by @Michael_Solis while listening to @DJAfrojack‘s “Take Over Control” Love this song! So sick! :)”

Paris just got back from spending 5 days in the Philippines primarily to formally introduce her partnership with Century Properties, Paris complimented the media, beaches, and women as well as saying she ‘loves it’ in reference to the great Filipino food.  The Filipinos loved her and want her to come back soon!

Click on the thumbnails below to enlarge 29 more pics of Paris!