Patrick Dempsey Not Returning to Grey’s Anatomy After 8th Season? 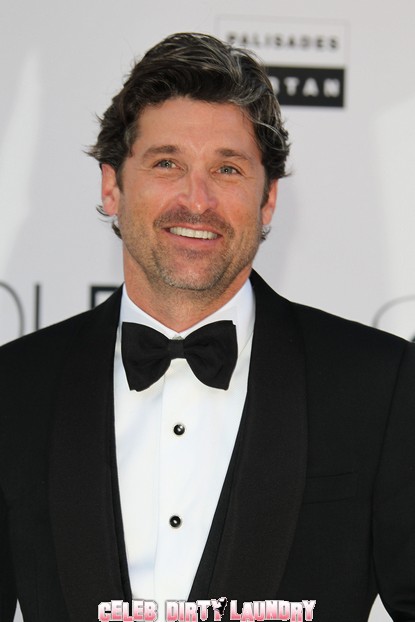 Say it isn’t so!!! McDreamy will be McGonesville after this season of Grey’s Anatomy – whatever will Meredith do!!!    In a recent interview, Patrick Dempsey revealed that after this season’s finale, he would no longer be reprising his role as Dr. Derek Shepherd.

“It’s going to be my last. I don’t know what’s going to happen to the other characters, but for me it’s done.”

Is it really that much of a surprise though?  It is the show’s eighth season, and no one wants the show’s creator, Shonda Rhimes, to ‘jump the shark’ – as they say in TV land when a show has ultimately met it’s demise and gone too far.

Being the romantic that I am, I’m okay with Derek leaving – but as long as Meredith (played by the lovely Ellen Pompeo), goes with him.  I’ve devoted countless hours to the show and if they don’t end up together, I will NOT be happy.  Rhimes told TVLine earlier this month that she was approaching next season as if were the last.  Thankfully, she also went on to say:

“I feel like Meredith and Derek are meant to be together forever, and we’re going to make sure that in the end they up together, one would hope – unless one of them dies or something.” Don’t even joke about that lady!

As a longtime fan of Grey’s, I think I’d be okay with the show coming to an end before the character’s story lines got overly outrageous and ridiculous.  Go out with a bang McDreamy, just make sure you bring Meredith with you!!!