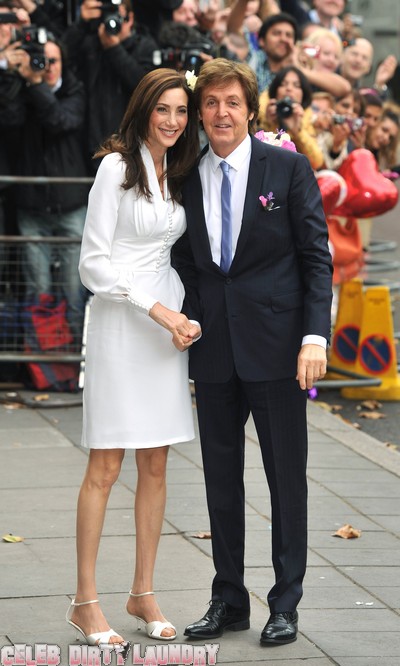 There aren’t going to be anymore “Lonely Nights” for Paul McCartney! The Beatles rocker married his long-time girlfriend, Nancy Shevell today! Congratulations to the happy couple!

We’d heard confirmation yesterday that Paul was going to make an honest woman out of Nancy, and he did just that earlier today.

They’d been engaged for five months and the duo walked down the aisle at the Marylebone Town Hall in London, where he married his first wife, Linda, in 1969. She passed away in 1998.

The wedding ceremony was said to be a very low-key affair and was attended by roughly 30 family members and friends.

This is Paul’s third marriage, let’s hope the third time is the charm! I hope he has found happiness this time around, we’re big fans of Paul and The Beatles. Congratulations to both of them!