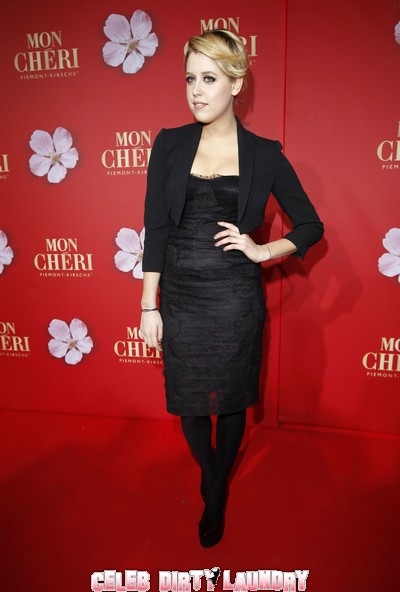 Peaches Geldof has been caught shoplifting make-up from the British chain store, Boots – looks like her Dad, Bob Geldof, the big shot philanthropist, should remember that charity begins at home!

The 22-year-old Peaches – who is the daughter of Live Aid founder Bob Geldof and the late Paula Yates – was reportedly spotted by a store detective stuffing around $100 worth of cosmetic products into her handbag as she strolled around a branch of Boots (Pharmacy chain store) in London’s Regent Street on Friday.

While Peaches – who has been accused of shoplifting four times in the past – was seized by staff and forced to hand over the goods, she was let go without the police being called.

A Scotland Yard source told the Sunday Mirror newspaper: “We certainly get reports of smaller value thefts which are prosecuted. Shoplifters will generally carry on doing it until they are caught and hauled over the coals.”

A staff member at the store confirmed: “Yes, Peaches Geldof was caught by an undercover detective with around $100 worth of make-up.

“She stuffed it in her handbag and also a small yellow Selfridges bag she was carrying. She was calm when she was caught and wasn’t arrested as she handed the stash over. We filled in a recovery note and she has been banned from the store.

“She wrote down her address and we rang a number to confirm it. I think it was her boyfriend, and we let her go.”

Meanwhile, an onlooker explained Peaches – who lives in North London with her rocker boyfriend Tom Cohen – looked “completely cool” and “totally casual”, despite being caught out.

The bystander said: “When she left she went right to the back of the store so she didn’t go past the tills. A store detective followed her outside and brought her back in. I heard him say, ‘Do you know why I’ve brought you back?’

“I didn’t hear her response but she was ­completely cool. You’d think someone would be embarrassed or upset, but she was totally casual as though it was nothing out of the ordinary. He took her into a back office and five minutes later she came out and left the store, calm as you like again.”

A Boots spokeswoman said of the claims: “Unfortunately, we are not able to comment on individual customer circumstances.”

Her Dad had no comment either – like what’s he going to say ‘ Sorry I raised a sociopath?’