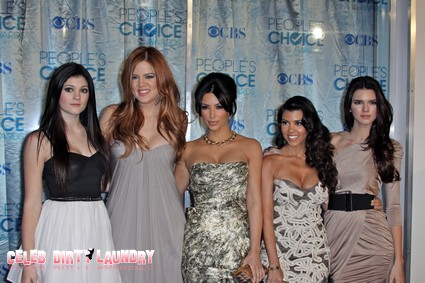 According to the National Post:  Bonnie Hammer, the new cable entertainment chair of NBCUniversal, has revealed her plans for a massive makeover for the latest addition to her portfolio, the E! network. Hammer, a well-respected exec who transformed USA and Syfy into Top 5 cable networks, is mapping out a revamp of the channel and wants to keep the Kardashians around — in spite of those pesky online petitions.

Despite telling the Hollywood Reporter “we’ll eventually get rid of the more Playboy trashy element, and elevate E! to a fun, exciting and aspirational network,” Hammer hopes the Kardashians will play a big part in the network’s non-trashy makeover.

“I think it will have its own life expectancy,” Hammer tells the Hollywood Reporter of the Kardashian kash cow, “and we’ll just go along with it and help hone what’s right for E! and what’s not right for E! as we develop a whole other world.”
What’s right for E! apparently includes “two, three, even four new Kardashian [spinoffs]” involving Kris Jenner’s two youngest daughters, Kendall and Kylie.

Of course if we Americans display such poor taste as to make the Kardashians such big winners then we get just what we deserve – more crap!
And the K-clan get what they deserve – more money… E! pays them mucho moolah every time they open their dumb mouths in front of a camera and we lap it up.