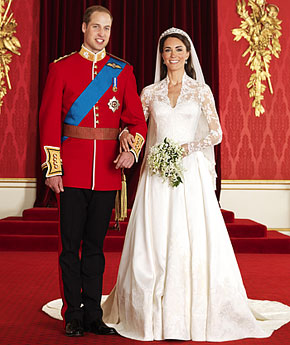 In a distinctly unmodern move, Prince William, who is second in line to the British throne, has entered marriage to Kate Middleton without prenuptial agreement.

After his extravagant wedding on Friday at London’s Westminster Abbey, further details have emerged about Prince William’s commitment to his wife, Kate Middleton.  The Duke of Cambridge has apparently refused to sign a prenuptial agreement, despite advice from friends.

Although advised that a legal agreement would be a good idea by royal colleagues, one of his close friends has revealed to The Telegraph that ‘he loves Kate and trusts her implicitly, and was adamant that no agreement was necessary.’

However now, a St James’ Palace spokesman has confirmed: ‘There is no prenuptial agreement in place for this wedding.’

The newlyweds have recently revealed that they have delayed their honeymoon.  They are currently enjoying a short weekend break at an undisclosed UK location due to Prince William returning to work on Tuesday.  It was recently reported that over 26 million people watched the Royal Wedding in the UK last Friday, over 23 million in the USA, and up to 2 billion worldwide.  As a point of reference – the 2011 Super Bowl was watched by 111 million is the USA and an equal number worldwide, making it only 10% as popular as the royal wedding!