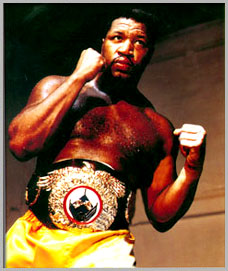 Helping today’s youth is an important role in securing a positive tomorrow and Professional Boxer’s Ray “Merciless” Mercer and Don “The Man of” Steele are all to happy to help.  They joined with Find A Dream to raise money for a new facility to add to their organization.

Find A Dream’s mission is to attain a safe and supportive environment for youth and young adults of diverse social, economic, and ethnic backgrounds. While interacting with positive role models, our students will achieve a solid foundation in the pursuit of their dreams.

Mercer is a Gold Medalist in the 1988 Summer Olympics in Seoul Korea. He is the WBO Heavyweight Champion and he competes in boxing, mixed martial arts (MMA) and kick boxing. He is a fierce fighter who knocked out the 5 time UFC Champion Tim Sylvia in less than 9 seconds, deeming the victory the “Knockout of the Year”. He’s fought some of Pro Boxing’s legends like Evander Holyfield and Lennox Lewis.

Together they team up and are helping Find A Dream secure their new facility in Myrtle Beach, South Carolina by cutting radio spots to raise money. They are also helping with the Telethon that runs throughout the movie “Homeless for the Holidays”, which can be seen on WWMB (South Carolina’s ABC affiliate) Saturday, December 17, 1:00 pm and WPDE (South Carolina’s ABC affiliate) Sunday, December 18 at 1:00pm; and WBTW CBS Channel 13 will also run the telethon from December 16th through the 19th.For more information visit their official website