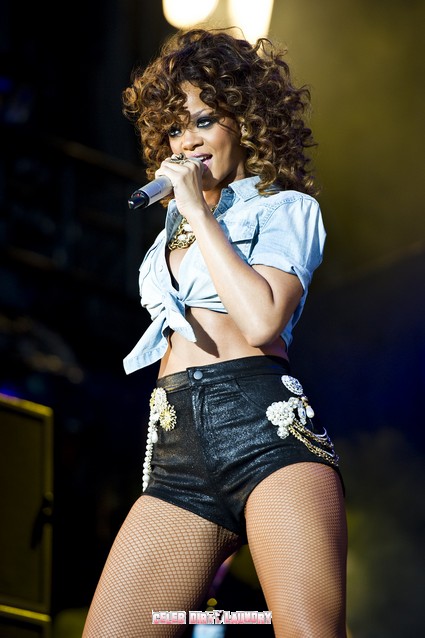 Rihanna must have been feeling really hairy because she got herself an emergency bikini wax in Belfast in the middle of the night.

Rihanna has been in Northern Ireland shooting the video for her single ‘We Found Love’ and must have felt that she wouldn’t find any herself without the depilation. She had her team call four local beauticians in the early hours of Monday morning before finally persuading one to get out of bed to perform the intimate treatment at 2 AM.

A source told The Sun newspaper: “Rihanna arrived at her hotel very late and the first thing she wanted was a bikini wax. The video shoot was scheduled for the following morning so she didn’t have much time.”

“Her assistants got on the case quickly and called some beauticians after finding a directory on the web. It was relief all round when they finally managed to find someone.”

During her time in Belfast, the 23-year-old singer – who previously dated baseball star Matt Kemp and singer Chris Brown – is also said to have grown close to her video co-star, British boxer Dudley O’Shaughnessy.

A source recently said: “Rihanna was making no secret that she was attracted to Dudley. They hit it off straight away. She had seen his modelling shots and other pictures when he was a boxer.

“Rihanna took every opportunity to get close to him and at one point she was sitting in his lap during a break from filming. She’s very tactile anyway, but this was something else.”