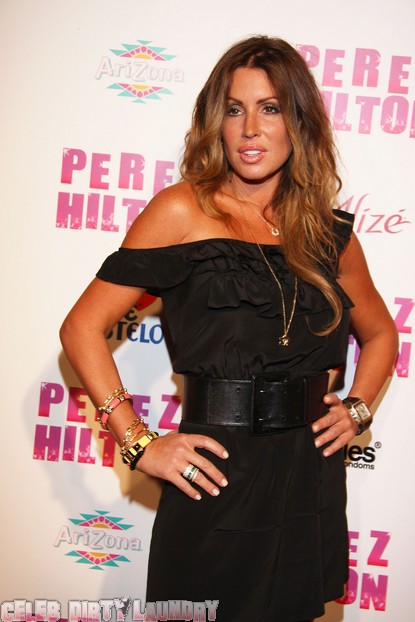 Rachel Uchitel is suing mad over a story that the NY Post and Page Six published today, suggesting that she’s happy that her husband perished in the attack on the World Trade Center on September 11, 2001.

Tiger Woods’ alpha mistress, Rachel Uchitel, said the 9/11 death of her former fiance, investment banker James Andrew O’Grady, was meant to be. “I believe Andy was meant to die because he was too good,” she tells Page Six Magazine, in The Post on Thursday. “I’m almost happy it ended the way it did because I’ve learned so many lessons from him. It would have been tragic if we got into fights and then divorced.” Had O’Grady lived, Uchitel — who went on to reportedly make $500,000 a year working as a VIP hostess at Tao Las Vegas and at New York’s The Griffin, where she met Woods — believes her life would have been much different. “I would be a fat housewife with three kids in Sands Point, LI.”

TMZ has more on the lawsuit:

Rachel tells TMZ, she was not only misquoted, but the quotes were taken wholly out of context. Rachel tells us, “I would have loved nothing more than to be Andy’s housewife,” and she says that was the centerpiece of what she told Page Six.

Shame on them for trying to make it sound like his death was a good thing for her. What do you think about the article they wrote? Sound off in the comments!