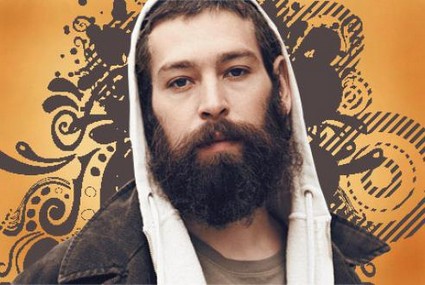 Looks like Matisyahu has a strictly non-kosher temper as the rapper has come under an unwanted spotlight for kicking photographer Rebecca Smeyne in the head and breaking her camera. Matishyahu lost his cool and attacked Rebecca when she had the gall to distract the hero with her flash!

On Wednesday night at Brooklyn’s Music Hall of Williamsburg, Matisyahu reunited with two former band members as he brought longtime guitarist Aaron Dugan and keyboard player Rob Marscher to the stage. But things got wild – at least for Rebecca – when Matisyahu but the boot in.

Rebecca tweeted: “I was just attacked by mAtisyahu calling cops pressing charges. Wtf! He kicked me in face and broke my camera!!!!!”

A short time later, Rebecca returned to Twitter and explained: “I’m ok; after cops showed, matisyahu’s manager, who witnessed the incident, gave me a fat stack of cash to cover damages. Happy hanukkah!”

Matisyahu repsonded to Rebecca on Twitter: “Seemed like you were there everywhere I turned with that flash. Next time be more sensitive to the performer.”

“Sorry about last night.I totally snapped.I wouldn’t call it a kick, more like stepping into the crowd” adding, “and being that you’ve shot so many shows you should know how distracting a huge flash in your face is.”

TMZ reports that Rebecca claims she barely used a flash that night and calls BS on Matisyahu’s “it wasn’t a kick” defense” adding “He stepped on my face on purpose … it hurt.”

Guess Rebecca wasn’t hurt all that badly given that she never stopped tweeting… .