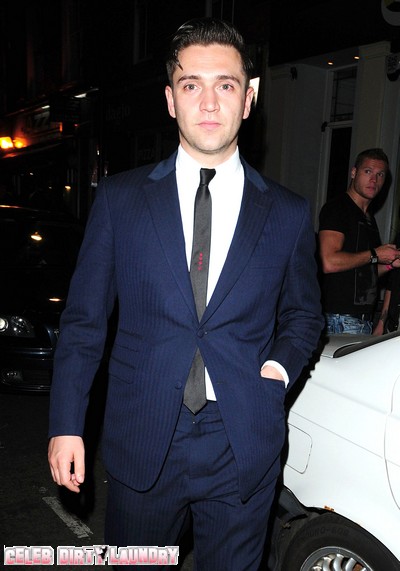 Director Reg Traviss insists that Amy Winehouse‘s addictions were “within her control” when she died – isn’t that just grand. Its like saying that someone dying of lung cancer had quit smoking. In tragic Amy’s case it was definitely a question of too little too late. The great singer had already damaged her frail body and mind past the point where she could recover.

The film director – who dated the late ‘Rehab’ singer for two years and got engaged to her weeks before she was found dead at her London home in July aged 27 – believes her passing was as a result of the damage she had put her body through during her years of drink and drug abuse, though he insists she didn’t drink excessively for her age and was clean of narcotics. She didn’t drink excessively for her age? What rubbish! There were many instances reported in which Amy was blind drunk – and besides, excessive drinking is not age dependant – rather it is based on the volume of alcohol consumed, body weight, and ability to metabolize the consumed booze.

He said in an interview with the Daily Mirror newspaper: “She had been involved with drugs long before we were together. That was way in the past, that was not a bit of her life.”

“You couldn’t put her in a room with drugs, it just wasn’t her world any more. She had nothing to do with drugs, had no interest in drugs, all that was in the past.”

“The drinking as well, it wasn’t any more than a lot of people her age. I know girls of 27 who work in the City and they drink more than she drank. They binge-drink three or four nights a week.” And some of them die… .

“But she had all that within her control. What happened was a reaction to the abuse she had put her body through a few years ago. These things take a strain and if the body gets strained it takes its toll. I believe that’s what it was and I think that the seizures she had been having were a consequence of that.”

Reg is doing his best to move on with his life and has returned to work, but admits he is finding it “tough” at times.

He said: “It’s been foggy, very foggy… very tough. I have started getting back to work and keeping busy, but it’s difficult.”

“You start thinking about it, you get down – it brings you down. Amy had turned a corner, that is the tragedy.”

“I get good days and bad days. It’s like that really. You are realistic, you understand it and accept it, and then on the flip side everything seems surreal. Even talking about it is strange.”