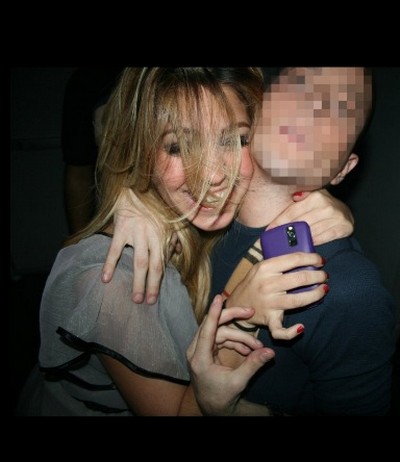 Demi Moore and Ashton Kutcher might have an ‘open marriage’ but Ashton’s alleged affair with Sara Leal looks set to close the marriage up tight – or at least close it for renovations.

In fact there is said to be proof that their marriage is officially over. Ashton’s cheating was “caught on camera” as he’s seen sporting about with several girls and with one in particular he gets really down and dirty, so to speak – Sara Leal. Ashton and Sara are rumored to be having a fling and the 23-year-old Sara was with Ashton on his and Demi’s sixth wedding anniversary.

In late September allegations that Kutcher cheated on his wife of six years surfaced, and soon, a name was put to the alleged other woman. After many conflicting reports, it comes out that Sara is the lucky girl. Sara claims she had an affair with the new “Two And A Half Men” star and sources close to the party girl say that she was involved with Ashton.

Another source is on the record providing specific details about the rendezvous between Leal and Kutcher. They say the affair involved an entire night of partying and intimate contact in Kutcher’s private Hard Rock Hotel suite in San Diego.

See Sara in all her revealing detail here!