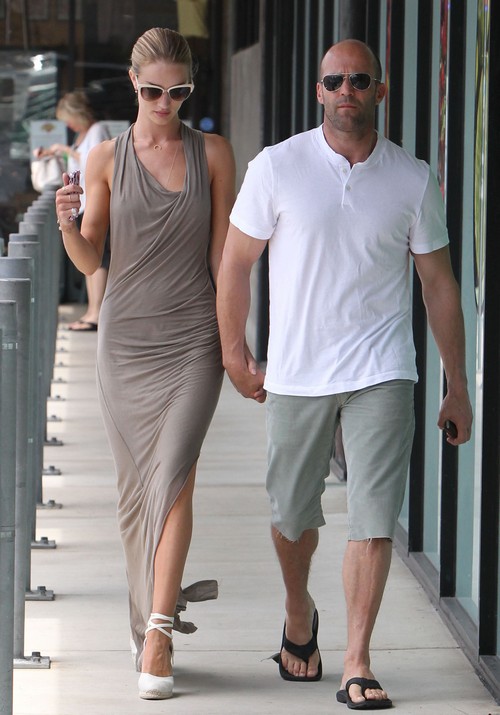 Victoria’s Secret model and  Transformers: Dark of the Moon star Rosie Huntington-Whitely, 23, is in a new hot ad for trendy fashion label Thomas Wylde.   In the shot below Rosie is almost naked with nothing but over the knee studded boots on and in the photo above she does not have much more on.  Either way Rosie sizzles in the campaign.  The Thomas Wylde label is created by British designer, former Bond Girl and Playboy model Paula Thomas.

Meanwhile, Rosie was recently seen dressed casually in jeans and a t-shirt with her boyfriend of one year Jason Statham, 43, at lunch in Malibu, California.  They had lunch on the terrace at Mediterranean restaurant Taverna Tony’s before walking hand in hand back to their car.

Rosie will hit the big screen in Transformers: Dark of the Moon in just a few months – the film will be released on July 1!