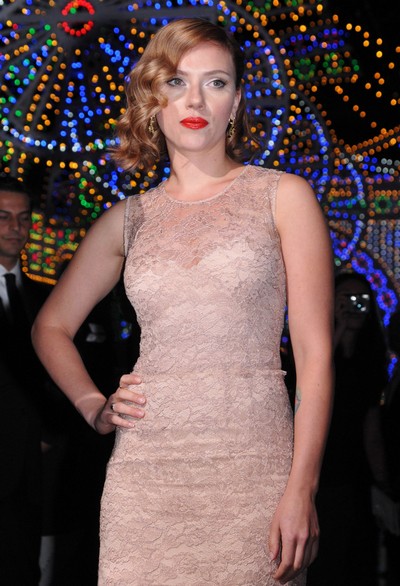 Scarlett Johansson was at the center of the recent hacker scandal after nude photos she had taken of herself appeared on blogs and the FBI was called in. Well it turns out that being too sexy for her own good might not only inspire hackers but might also be killing Scarlett’s acting career.

Director David Fincher decided against giving the role of main character Lisbeth Salander – who is played by Rooney Mara – to 26-year-old Scarlett, despite her “great” audition, because people “can’t wait for her to take her clothes off.”

So it turns out that Scarlett Johansson was just too darn sexy to star in ‘The Girl with the Dragon Tattoo’.

Fincher told Vogue.com: “We flew in people from New Zealand and Swaziland and all over the place. Look, we saw some amazing people. Scarlett Johansson was great. It was a great audition, I’m telling you. But the thing with Scarlett is, you can’t wait for her to take her clothes off.”

“I keep trying to explain this. Salander should be like E.T. If you put E.T. dolls out before anyone had seen the movie, they would say, ‘What is this little squishy thing?’ Well, you know what? When he hides under the table and he grabs the Reese’s Pieces, you love him! It has to be like that.”

Fincher, who directed ‘The Social Network’ was worried he wouldn’t ever find the right actress to portray the character before finally casting Rooney in the role.

He added: “I had seen a lot of actresses. I was beginning to get to the point where I was thinking, ‘Maybe conceptually you are talking about a person who doesn’t exist’.”

Scarlett seems to have much greater audience appeal naked than dressed. Is this a comment on her acting ability?