Season Finale of The Bachelorette – Shocking Conclusion for Ashley Hebert 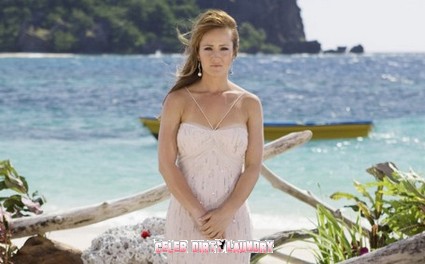 The end is finally here for Ashley Hebert‘s reign as The Bachelorette. In a shocking ending tonight, Ashley has a blow up with one family member that may spell the end for one relationship. It’s a dramatic ending in Ashley’s journey to find love, she began her journey with 25 bachelors, has survived an emotionally stressful time and finds herself torn between two men, Ben F. and J.P.   It’s a difficult decision, does she end of picking the viewers favorite J.P. or Ben F.? here’s the recap…

Before Ashley makes her decision she takes the men to the breathtaking island country of Fiji to meet her family where she hopes that her family give her some vital input to help her make the incredibly difficult decision of choosing one man. Her family is really excited to meet the guys, but her sister voices her reservations right away.

When J.P. first arrives to meet Ashley’s family at the Vomo Island Resort and Spa, he appears to make a great first impression.   However, Ashley values her sister, Chrystie’s opinion and she lets Ashley know that she doesn’t see this man as the one for her.  The drama erupts as the two sisters confront one another in a sensational fight.   Ashley calls her sister a bitch, is completely shocked by her sister’s assessment of J.P. and looks for comfort in her brother.   Meanwhile, Chrystie has a whole list for J.P. that she finds troubling and doesn’t see a future relationship a good idea that he might be planning with her sister.    He is shocked by this quick appraisal.   Will Ashley be forced to rethink her feelings for J.P.?

The following day, Ashley’s attempts to clear the air with her sister fail and fireworks start again – especially when Chrystie drops the ultimate insult that she saw more chemistry between her sister and Brad than Ashley and J.P.   Another heated argument ensues while Ashley worries how her family will take to Ben F.