Selena Gomez Cancels Concerts To Be There For Her Mom 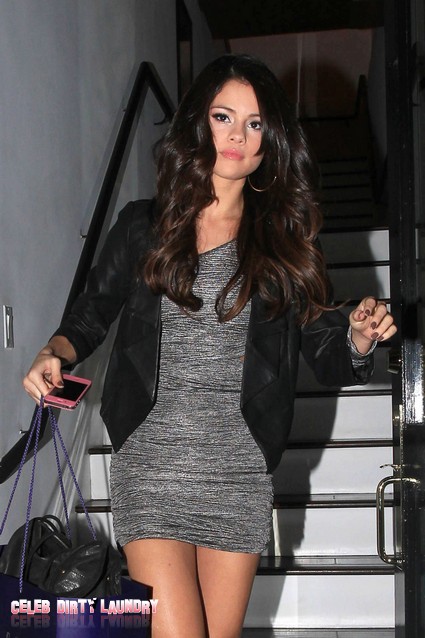 Selena Gomez is a loyal daughter and immediately withdrew from two concerts after her mom, Mandy Teefey, suffered a miscarriage. Selena and boyfriend Justin Bieber are two really nice kids who care about their parents and are devoted children. Mandy, a former actress, was married to Selena’s father Ricardo Joel Gomez until Selena was five years old.

Selena had been scheduled to appear at the B96 Jingle Bash 2011 at the Allstate Arena in Chicago on Saturday and the 106.1 KISS FM’s Jingle Bell Bash at the WaMu Theater in Seattle yesterday but cancelled both shows.

Selena pulled out of the shows after learning Mandy had lost her unborn baby – her spokesperson said that a “family emergency” was the cause of both cancellations.

The bad news came to Selena on Friday while she was watching the Power 106’s Cali Christmas 2011 concert in Los Angeles – she immediately left to return home to her mother and stepfather Brian Teefey.

Last month Selena had spoken of her excitement at becoming a “big sister.”

She had tweeted: “Momma and Brian are finally letting me share the news… My mommys carrying my baby brother or sister :) I’m the happiest girl in the world!”