Selena Gomez in Tears After Receiving Death Threats From Beliebers 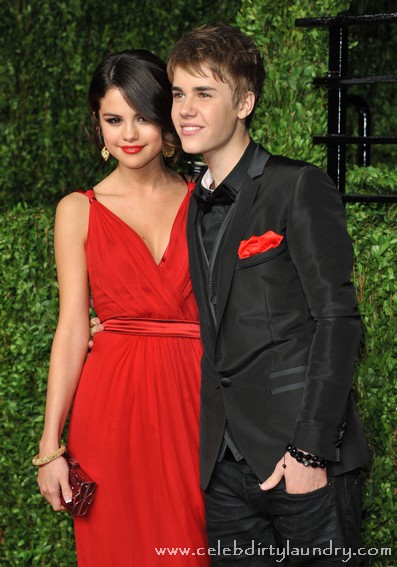 Disney star Selena Gomez, 18, is very upset it seems she has pissed of some of her 17 year old boyfriend Canadian Justin Bieber’s fans The Beliebers.   The fans are so upset at Selena that she is receiving death threats and getting a truckload of hate mail.  Selena has spent many hours on the phone with Justin because she is so upset.

The threats have escalated since the adorable couple attended The Vanity Fair Oscars party together and Justin was seen holding her hand and snuggling with her.

Selena said: “It’s hard. It hurts, it really does.  “I don’t feel I’m doing anything wrong, I’ve been best friends with him for a very long time.  “He’s been in my life for so long and it’s just nice to have someone that understands what you’re going through.  “It does hurt my feelings a lot but I try not to focus on it – I have a strong family and great fans.”

Everyone want to date Justin Bieber but it does not sound like much fun.  His fans are crazy and they are making Selena’s life miserable with their jealousy and their hate campaign.  This is not the first time the Beliebers have gone on a hate campaign, when Kim Kardashian was linked with Justin she received death threats as well.  Seems Justin’s fans are just a little too protective!