Justin Bieber And Selena Gomez To Star In Remake Of Wizard Of Oz? 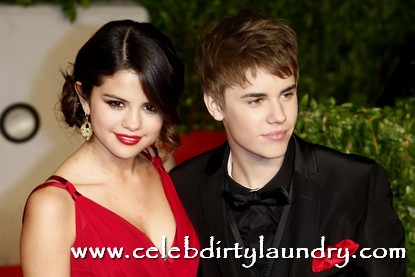 Selena Gomez is fixated on the Wizard of Oz and has been sharing her love of the classic with her boyfriend Justin Bieber.   “Selena has loved the Wizard of Oz since she was a kid and she’s still obsessed with it,” says a source close to the actress and singer.  “Her dream role would be Dorothy in a remake but she’d settle for a Munchkin just to be in it.  Now she’s got Justin hooked on the movie, Selena thinks they may both be contenders for a role.”  Yes we can see Justin playing Dorothy… .

On another note it seems that Selena Gomez has totally freaked out her parents by becoming Justin’s girlfriend.  “When the ring (promise ring) came off, Selena’s parents became unglued,” a source told  the National Enquirer.  “Selena got the ring at 12 and never took it off.”

“But when things started getting hot with Justin, suddenly she was wearing it less and less.”  “Selena’s family thinks the world of Justin and isn’t opposed to them dating.  But they’re very conservative people and they’d be heartsick if she did something with him that she’d later regret.”  “The family has even gone as far as having people in her entourage report back to them when she spends time with Justin. Selena hates being spied on, and that’s pushing her away from her family.”

We have some bad news for the Gomez family… .