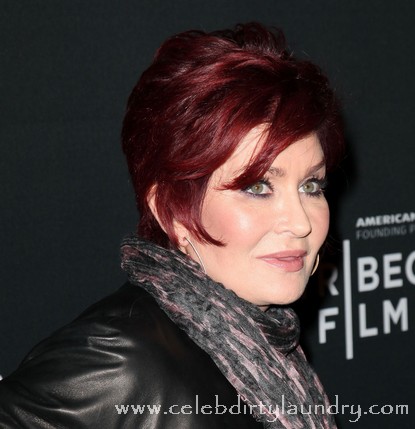 Sharon Osbourne, the fiery redhead, who engineered the successful comeback of husband Ozzy Osbourne and who used to be a judge on the UK version of the show, thinks Simon Cowell had great chemistry with Paula Abdul when they both worked on American Idol.   The 58-year-old Sharon told a US website: “I think Simon should take Paula because they work so well together and they’ve got great chemistry.”

Paula, 48, left American Idol in 2009 after numerous contract negotiation problems and was UNsuccessfully replaced by Ellen DeGeneres.   Meanwhile, Sharon denied rumours that her daughter Kelly, 26, is in the running for the new Stateside X Factor – saying Simon wouldn’t jump at the chance of working with another “opinionated” Osbourne.

She said: “I think Simon would have the same opinion about Kelly that he does of me, that we’re both too opinionated.  I think he had enough of me.”   “I don’t think he wants to take on another Osbourne.”   Simon has so far only confirmed one of the judges who will sit alongside him on the panel of the US X Factor – music producer Antonio ‘L.A.’ Reid.

He has yet to announce the names of the two female judges, with Cheryl Cole, Nicole Scherzinger and Nicki Minaj all being tipped for the sought-after jobs.   This week he confirmed that Cheryl, 27, is still in the running for a judging role despite speculation bosses were wavering over her international appeal.

Whomever Simon ends up selecting for roles of female judges it is highly likely that he and Antonio will hold the real power.