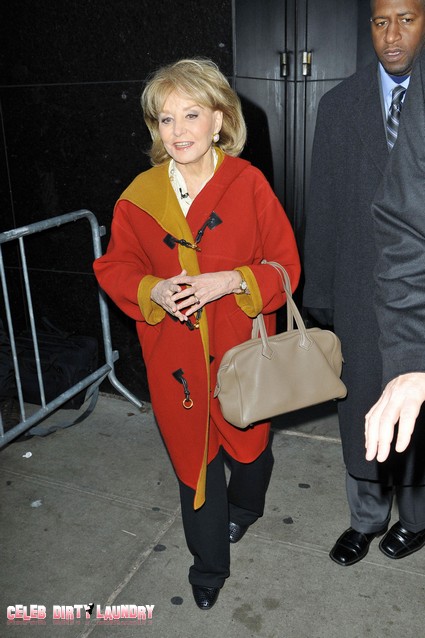 Who needs Time when Barbara Walters is a fan. The late Steve Jobs may have missed out on the mag’s Person of the Year but he’s taken out the TV host’s Most Fascinating Person of 2011. It was announced at the end of the annual countdown on ABC last night.

It was an unusual choice for Babs. It’s the first time the honor has gone to someone who’s no longer with us. The Apple co-founder died two months ago after years of ill health. Apparently the decision was made when the 56 year old stepped down as CEO back in August. He remained in top spot because the legendary interviewer says ‘rules were meant to be broken.’

Jobs is in illustrious company. Past winners include President Barack Obama, Nelson Mandela and Tour De France legend Lance Armstrong. It’s nice to see numero uno go to a person who’s actually achieved something and made a positive impact on our day to day lives. The Kardashians certainly can’t lay claim to that kind of greatness. Nor can the year’s most famous bridesmaid Pippa Middleton.

Nonetheless they did make the coveted list alongside Katy Perry, Simon Cowell, Herman Cain, Donald Trump, Amanda Knox, Derek Jeter, Eric Stonestreet and Jesse Tyler Ferguson. But there is a glaring omission. Why didn’t Charlie Sheen get a gong? You can’t say his public meltdown earlier this year wasn’t fascinating. In the words of the great man himself, he was definitely ‘winning’ in 2011.