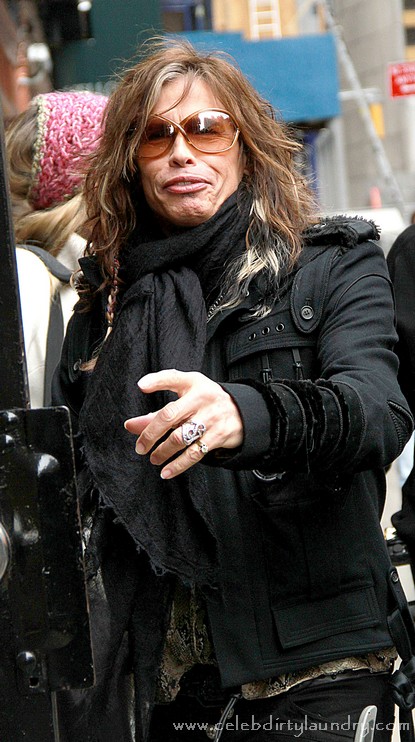 Steven Tyler, the 62-year-old rocker and new ‘American Idol’ judge appears to have had some new recent cosmetic surgery on his face – just before his television debut on the FOX reality show according to experts.

“It looks like Steven’s had Perlane or Radiesse injected into his cheeks to smooth out the hollow under his eyes.”

Steve likely had other procedures as well, said Dr. Holcomb – adding “Steven also may have had Botox injected into his forehead, and I think he’s had some form of laser peel to tone and brighten his skin”

Unlike many celebs Steve has always been forthcoming about having lots of cosmetic surgery and often jokes about it.  Since Steve has spent most of his life addicted to drugs and alcohol – living that hard rocker lifestyle – the dude NEEDS lots of plastic surgery!