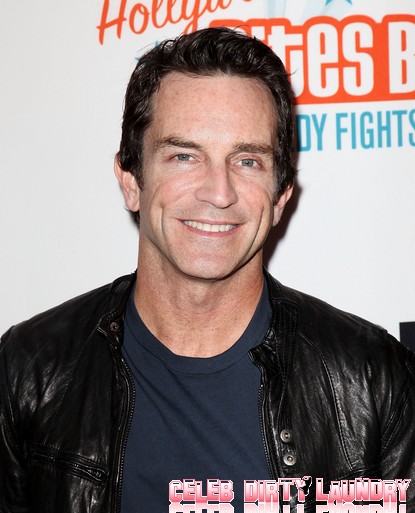 The winner of Survivor Redemption Island will be crowned tonight.  It seems like the show has been going on forever but tonight it is all going to end and the sole survivor will be named.  Will it be Boston Rob, I am rooting for him.  We will know soon :-) Our recap will be brought to us by Rosie over at Fit Fab Celeb.

The show starts with a recap of the past 13 weeks.  On last season’s finale of Survivor Boston Rob issued a challenge to Russell Hantz – the two got the opportunity to come back again and face off.  Russell was eliminated early by his team while Rob has played a more strategic game and is still in to win the $1 million.

Boston Rob, one of the smartest players in Survivor history is holding his own and has a good chance of winning tonight, will he take it all – or will the resident lunatic, Phillip, win the million dollar grand prize.

Here is the recap:

Grant is OK to be on Redemption Island after being blindsided and voted out on the last show. Meanwhile, Rob is feeling a little remorse because he really liked him.

At Redemption Island, the final dual begins. Matt, Mike, Andrea and Grant get ready to battle; they have to put one foot on a balancing board that has a vase at the other end, very simple, whoever lets there foot goes is out. Grant’s foot lets go, he is out and the fifth member of the jury. After 36-days in the game and surviving 10 duels, Matt is out and the sixth member of the jury.

Mike is out – Andrea is back in the game.

Phillip, Rob, Natalie, Ashley and Andrea are in the final five. Andrea gets back to camp and doesn’t feel very welcome but decides to just get back to the grindstone and start to convince the girls to vote out Phillip. Meanwhile, Rob starts working on Phillip for the next vote out – both are realizing that they need to get one of the girls out. At the immunity challenge, they have to race along a balance beam to collect numbered tiles between 1 and 100, first person to put all the tiles together in numerical order wins immunity and guaranteed spot in the final four.

Ashley wins immunity and a guaranteed spot in the final four (crap, I wanted Boston Rob to win)

Back at camp, Rob and Phillip work on Natalie and Ashley to vote out Andrea; meanwhile Rob has his ace up his sleeve, his immunity idol. Special Agent, Phillip tells Rob that the girls were scheming in the woods, meanwhile Rob is still confident and believes he knows exactly how Tribal Council is going to play out.

Jeff asks Rob how the camps ranks in paranoia, he says it is really high. Time to vote, it is the last night to play the hidden immunity idol – everyone casts their votes then Jeff asks if anyone wants to play the hidden immunity idol and Rob stands up and gives Jeff the idol saying “my mother always told me it is better to be safe than sorry”. 3 votes Andrea, 1 vote Rob. Andrea, once again, is voted out – we are down to the final four.

Back at camp, Phillip admits he was surprised that Rob had the hidden immunity idol. Meanwhile, while Phillip goes for water, Rob gives the two girls a group hug to secure his place in the final three. Ten years, four times on Survivor, 116 days, will Rob win?

Ashley is confident that Rob and Natalie are going to keep her. Day 38, they are going into the final Tribal Council and everyone thinks Phillip is the one going home, or is he? Rob wants to get rid of Ashley because she has too many friends in Zapatera and approaches Natalie who is not thrilled with the decision.

The three head back to camp and feast awaits them. Rob is filled with emotion, one step left to the top and he is still working the game, coaching Natalie how to act in front of the Jury. Phillip has a little ceremony to burn his pink underwear, thank God – we’ve all seen enough of those.

Rob, Natalie and Phillip are in front of the Jury for their chance to plead their case as to why they deserve to win the million dollars. Natalie is first and says her strength in the game was her social skills and aligned with Rob from the beginning and stayed loyal to him. Phillip says he had to revamp his whole strategy when Boston Rob got of the helicopter and he wouldn’t be sitting there right now if it wasn’t for him and says his true name is ‘The Mastermind’. Boston Rob first thanks everyone for allowing him to play with them, he admits he was competitive and strategic in his game play, a hard worker and after 117 days, he has now spent a third of his life on Survivor.   Hands down, Rob’s is the best plea.

Now it is the Jury’s turn. Andrea is up first and she asks Phillip, who is the real Phillip? and he tells her if she doesn’t know who he is, then don’t vote for him. Ashley is next and tells Phillip she is not going to ask him any questions because she is tired of hearing his voice. Grant asks Natalie what is the dynamic of her alliance with Rob and she says it began from the beginning and Rob confers that she approached him from the start. Ralph asks Natalie why she didn’t even speak to him throughout the game and she says that she was just trying to be loyal to her tribe. He then asks Phillip why he has only feathers on his head and not a whole chicken. Matt asks Rob where is the line drawn with all the lies and he says it is drawn when he leaves the game, when he goes home. Julie thinks the three of them did not run a respectable game and asks Natalie if she thinks her parents would be proud of her on how she played the game and was a servant to Rob. Her message to Phillip, would his son be proud of the way he played the game. (What an idiot, she is obviously very jealous that she is not in the final three.) She then gives Rob advice on how to be a father? Idiot again.  Mike asks all three of them if they have learned anything, Natalie says it made her stronger and more confident. Rob says he learned that he needs to stop playing Survivor and go home to his family. Phillip says that he learned how to stand on his own, maybe an outcast, but he is a beacon in his family. Steve congratulates them all – especially Natalie who is 19, he then takes his hat off to Rob who did an amazing job. He has nothing good to say to Phillip, he actually says he is shame full. David gets up and doesn’t speak to the final three, he speaks to the Jury and tells them that Rob played the best strategic game and deserves to win.

Time to vote, this time the Jury is voting for who they think should win the million dollars. They show David voting for Rob, that was a given and Ralph, being an idiot, votes for Phillip.

In New York City, everyone is back, cleaned up and looking fine. Jeff comes back in with his votes and thanks the final three for their game. Deep breath, let’s get to the votes. Natalie,  4 Rob, 1 Phillip.

Join us next fall for Season 23, which  is another Redemption Island and joined by two returning players on..

We will be live blogging the episode tonight so keep coming back to this place for regular updates and to find out who wins and what happens!