Survivor Redemption Island – Week SIX Recap & Who Was Voted Out? 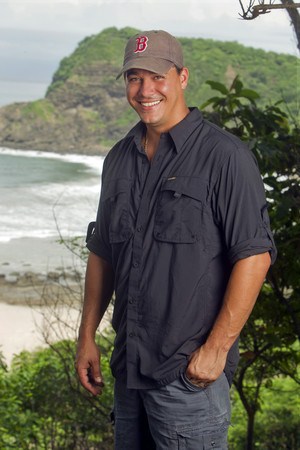 Our guest blogger, Rosie, from Fit Fab Celeb, provides us with a recap of tonight’s episode of Survivor Redemption. Tonight is the 6th episode titled Red Headed Stepchild referring to Phillip who is picking fights with his tribe mates at Ometepe.

The episode begins with Matt thinking he has Redemption Island in his pocket, or does he? Krista arrives and tells him that she is going to give him a run for his money; she’s a firecracker and she’s there for business. Can Krista be the first to eliminate the seemingly unstoppable castaway? We will see.

Zapatrea: Steve said that he was surprised at Tribal Council that Krista and Stephanie voted for him and told Krista it was a stupid move and she’s tightening the rope around her neck.

Ometepe: Phillip gets upset because the girls are treating themselves to a little relaxing in their bikinis. Phillip wants the pageant to be over; meaning, Natalie and Ashley going home.

Andrea and Natalie from Ometepe and Andrea and Mike from Zapatera go to Redemption Island to witness the showdown between Matt and Krista who have to retrieve three bags with a grappling hook that have balls in them, then guide the ball through a table puzzle, one of the balls have to end up in the finish hole. Matt wins. Krista is clearly upset that the game is over for her and hands her luxury item, a bible, over to Matt which makes Andrea jealous.

Zapatera: Serita is whining and complaining about a tooth ache and David wants to get rid of her, he encourages Stephanie to start campaigning so she doesn’t go home. Stephanie starts with Steve and he has a time reading her, she flat out says she wants to write Serita’s name down and Steve agrees with her.

Ometepe: Phillip keeps complaining  about Natalie and Ashley  because he says that they don’t pull their weight. Rob takes Phillip aside and tells him to let it go, team unity is more important.

The tribes arrive at the immunity/reward challenge. Two members of each tripe have to launch balls while their tribe mates try to catch them. For Ometepe Natalie and Philip are launching and for Zapatera, Stephanie and David launch. Reward is a helicopter ride to a beautiful spot overlooking the bay to enjoy a picnic lunch. Ometepe wins immunity and reward.

Zapatera grabs their stuff and heads back to camp until Tribal Council when they will have to vote someone out.

At the reward, Rob eyes the clue, but lets Matt get it – and Phillip busts them.

going through the whole tribe campaigning for herself and it looks like she’s got a few of the cast mates on her side.

At Tribal Council, Stephanie continues are attack against Serita and says she was sat out at the challenge because she was shaking in her boots the moment she found out it was a contact sport. Serita tries to defend herself and Stephanie says, bullshit and continues her attack. (feels like I’m watching Celebrity Apprentice) Time to vote!