Susan Lucci Of Terminated ‘All My Children’ Finds Refuge With Desperate Housewives? 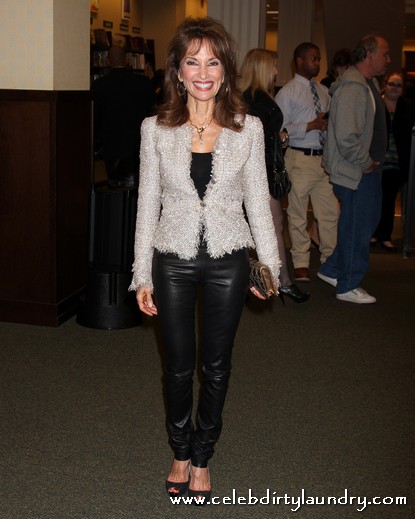 After ABC announced it was cancelling the long-running soap opera rumors flew as to where Lucci would wind up.  Although ‘Desperate Houswives’ starts filming in July and “All My Children” doesn’t wrap up until August, sources say Lucci will shuttle between sets.

A rep for Lucci said she’s currently fielding many offers and an ABC Daytime rep said, “Susan Lucci will not be filming ‘Desperate Housewives’ in July.”   Lucci finally won an Emmy in 1999 after 18 failed nominations!

What do you think, would Susan Lucci make a good fit on Desperate Housewives?  Celeb Dirty Laundry wants to know.   We think she would be perfect!