Talk Of Promoters’ Contracts With Michael Jackson Forbidden In Court 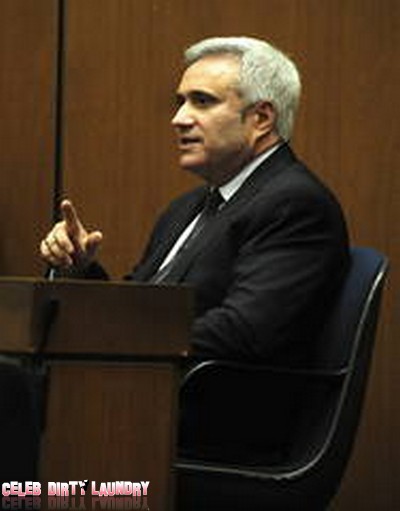 Michael Jackson’s contractual obligations to concert promoters have been barred from discussion in Dr. Conrad Murray’s defence in court today.

Superior Court Judge Michael Pastor said details about the contract between the singer and promoter AEG Live should not be discussed in the involuntary manslaughter trial of the pop legend’s personal physician as it would distract jurors from deciding whether or not he was guilty of administering a lethal dose of anaesthetic Propofol.

Dr. Murray’s team presented a 42-page document in court today aimed at suggesting Jackson was under financial pressure to pull off a number of concerts in London, causing him to inject himself with the anaesthetic Propofol in an attempt to sleep, but Judge Pastor denied using it as evidence.

He said: “It involves the fact finder getting taken on a side tour of accounting principles and law school. This is not a contractual dispute, this is a homicide case.”

The decision came after Deputy District Attorney David Walgren urged it be denied.

He said: “At every turn Conrad Murray through his attorneys have put the blame for his failures on Michael Jackson and this is just another attempt to do the same.”

Michael’s former physician Dr. Allan Metzger has also claimed MJ was “fearful” about his concert responsibilities and had requested something intravenous to help him sleep as oral medication was no longer working.

Although he did not ask for a specific drug, Dr. Metzger said Michael wanted “some form of anaesthetic” later adding, “I think he used the word juice”.

However, he added he would never have given in to his request, no matter how much money he was offered.