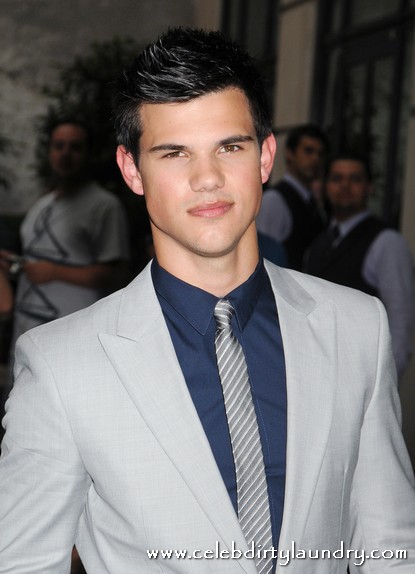 Taylor Lautner says he is a huge fan of Britney Spears.  The 19-year-old actor – who plays the tough werewolf Jacob Black in the ‘Twilight Saga’ movies can’t stop listening to the singer’s new album ‘Femme Fatale’ and is looking forward to checking out her new music videos.

He said: “I love her new album. Yeah, it’s cool. I haven’t seen the videos, I have to see the videos, but the songs are great.”  Taylor who is dating his ‘Abduction’ co-star Lily Collins is such a fan of Spears that if he was to guest star on the musical TV show ‘Glee’, he would choose to sing one of her most famous songs.

He said: “I’m sure none of my fans would want to hear me sing a song. But if I had to choose, it would be ‘Oops! … I Did It Again.’
“I don’t know why I would just randomly break into that song.”

Taylor – please stay acting and out of music.