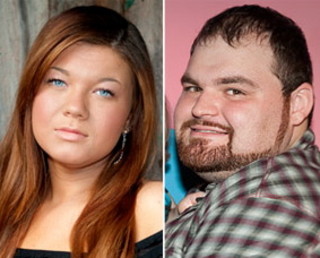 The star of ‘Teen Mom,’ Amber Portwood called police Thursday and filed a complaint against Gary Shirley, the father of their daughter Leah.  After police arrived at her home Amber told them that Gary was making harassing phone calls to her and that she could hear his chick Ashley in the background.

Lieutenant Jerry Miller of the Anderson Police Department confirmed that police were called to Amber’s home on Thursday, February 3 at 5.19 pm.

He said “Miss Portwood is saying that Gary was harassing her with phone calls and that Ashley could be heard in the background and we took a report.”

The police report says Amber requested cops go check on Gary after they made contact with her.  Amber and Gary have a no-contact order in place, and the phone calls would be a violation of that order.  Ashley claims to have been falsely accused and says that she has an alibi.

“It wasn’t me and I wasn’t even with Gary last night,” Ashley said today (Friday, Feb 4).  I haven’t seen him since Sunday. I was out with some girlfriends last night.”  “Amber’s the one who’s been harassing me and had a relative call me ten times this morning threatening me.  I plan on going to the Anderson Police Department to file on Amber.”  Ashley blabbed on: “She’s just looking for attention and wanting people to think she’s a victim.”

One source close to Amber says she has been repeatedly harassed and has 28 messages and missed calls from Gary’s friend Ashley.
“Amber believes Ashley keeps pranking her because she wants to be with Gary,” the source said.

Gary Shirley is definitely a true prize – doesn’t every woman want him?