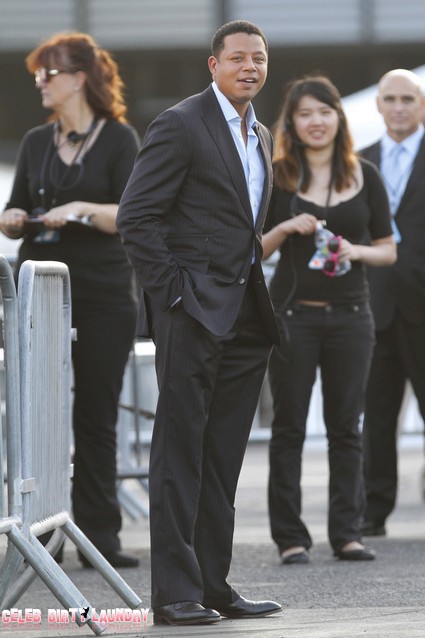 Terrence Howard‘s very ugly divorce just got even uglier as he asked the court to grant a restraining order against his estranged and apparently racist wife, Michelle Ghent.

As TMZ reports – Howard has filed a new declaration in L.A. County Superior Court in which he claims that Michelle inexplicably turned from being a “loving, gentle” wife into a monster who threatened to have him killed by Russian mobsters.

Howard claims further that Michelle became a nasty racist… noting that Michelle is not black and claims that when she became upset would scream curses like, “[I] never wanted to marry a n**ger in the first place” and “[I] definitely didn’t want to be the step mother of some n**ger kids.”

Michelle filed divorce papers last February just weeks after the couple celebrated their first wedding anniversary – and then this month a Los Angeles judge granted her a protective order after she claimed her husband hurt her.

Howard claims Michelle is trying to extort him over private recordings she allegedly stole from his personal computer and he further alleges his wife threatened to have him “clipped” if he went to police.

Howard says his wife once threatened, “I have a lot of Russian friends who would do it as a favor.”

Howard also claims Michelle has jealousy issues and attacked him twice with a bottle after accusing him of talking with other women.