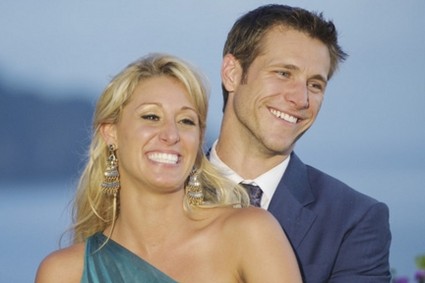 This season on the Bachelor Pad is all about Jake and Vienna.  On last week’s episode Jake tried to convince Vienna that she should save him when he felt he was in trouble.   He told her he was donating all the money if he won.    Good luck with that one Jake,  because Vienna’s told him she knows he is $230,000 in debt and she is not buying it.  But Jake has a lot of people believing he is misunderstood and he is really a nice guy.  I suspect the tables are starting to change in his favor.

On next week’s episode: Vienna and Kasey’s control of the Pad begins to unravel as Jake gains some allies.   Meanwhile, Melissa grows furious with Blake, and ex-fiance Michael and Holly share what could be a defining moment in their relationship.

In the challenge, the contestants will showcase their rock hard abs and sexy curves as they take to the pool in a must-see synchronized swimming event. Alas, when all the fun and games are over, someone must leave the Pad in what will be the closest rose ceremony yet.

Are you enjoying this season of Bachelor Pad?  I am so over Jake he really has to go!