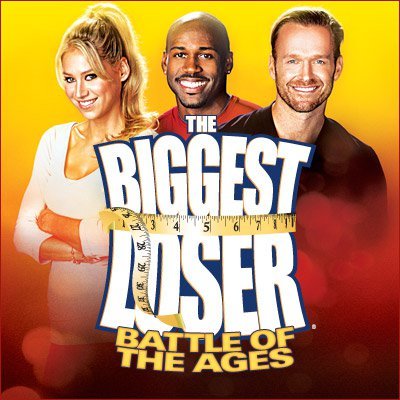 The Biggest Loser is back tonight with the second episode of the 12th season.  Last week we saw Debby eliminated it was clear she really did not bond with the rest of the contestants.  As she left she told everyone she would be back as a “Jazzy Grandma”.  Loved It!  If you missed last week’s episode read our official recap here!

The show all opens up with Alison visiting the contestants who are relaxing in their rooms.  She tells there are a lot of stereo types that are associated with age.  This week they are putting it to the test.  She asks for a volunteer from each team.  They go with Allison.

They go into a room that is filled with fresh-baked donuts everywhere YUM.   For this week the gym will only be open three times a day rather than all the time like it usually is.   Each team will only get one time slow.  The time slots are early morning, afternoon and later in the evening.

Each donut is 35 calories; the team that eats the most donuts will get to choose their time slot.  This is their first temptation challenge.  Most of the contestants resist the temptation.

It is 4:17AM and Trainer Bob heads up stairs with a megaphone to wake everyone up.  Everyone is still asleep and they tell Bob they are still tired.  Well they chose this time slot not sure what they are complaining about.  It is still dark as they got outside.  Bob tells them he is so glad they ate 37 donuts train this early.

Bob is really pushing the Black Team.  Antone cannot take it and he falls off the bicycle on the floor sobbing uncontrollable.  Bob has no sympathy he tells him to get his ass up and work.  He is really pushing him.  Antone tells Bob he knows he is never going to get this chance again.  Bob tells him he is doing everything right he has to stop beating himself up.  As they finished the workout they leave the gym and Sunny calls a meeting.  She overheard John saying she was dumb and her IQ is low and she is not happy.   The other guys got made Antone tells John the comments were unacceptable.   Bob tells them they must resolve this because the black team is cracked right now.  John apologizes to Sunny she forgives him and the team is united again.

Over at the Red Team they are almost ready to work out.  They are really focused on their nutrition and they calculate their calories very closely. The Red team does not have the best time slot they have to train from 9PM – 11PM.  Patrick thinks Dolvet is really cool outside the gym but once he gets in the gym he goes insane.

The contestants are visiting the Dr. Huizenga so he can evaluate their physical problems and if they don’t lose weight how their health may deteriorate.

The teams are at the last chance workout and the trainers want the contestants to give their all.  The contestants are limited to only two hours this week.  The trainers plan to have them go till the end.  No excuses only results.

In Between Team Results

Although Johnny put on weight he wants the team to keep him.  Anna (Trainer) tells him he did not work hard enough and she is not really surprised.

That is enough and Johnny has been sent home, he will not be The Biggest Loser!