The Death of a Genius: Jerry Robinson 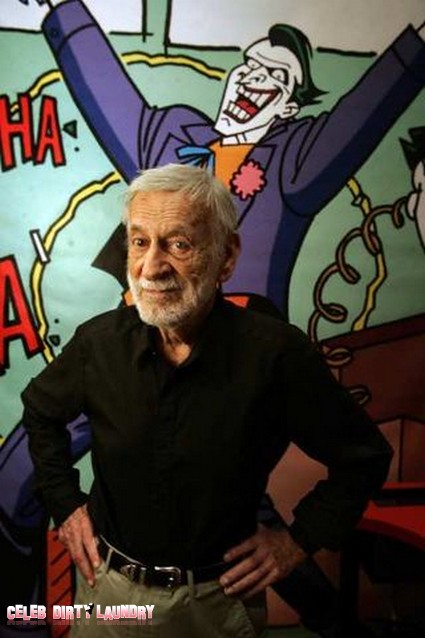 R.I.P. Jerry Robinson.  Ever since I was younger, I was always into batman – I’d wear my blanket as a cape and go running around the house pretending I was the super hero himself, I’d also watch the cartoon that aired every day. The thing is I actually don’t like Batman as much as I like the Joker; it’s a first for me to like a villain over the hero in any movie, comic book, video game etc., ever. Most times people favour the hero over the villain, but for me it’s not a difficult decision when it comes down to Batman or The Joker.

The Joker is a huge iconic villain, in my honest opinion I think the Joker is by far the best villain every created to date. I just love how psychotic he is, that sadistic sense of humour and that incredible maniacal laugh he has is just spine chilling. My favourite portrayal of The Joker is in the game Batman: Arkham City mostly for how he looks and for how Mark Hamill voices him, it’s just perfect.

The genius, Jerry Robinson, the man who created The Joker died at the age of 89, during the afternoon of December 7th, 2011 In New York City. He was previously honoured by being put into the Comic Book Hall of Fame in 2004. Just hearing about his death has made me feel down for a couple of days, it’s hard to know that an incredible man like him has passed.

R.I.P. Jerry Robinson, you’ve left the world leaving us with one of the greatest villains every created in history.