Simon Cowell Boasts Of Paula Abdul’s Sexual Desire For Him 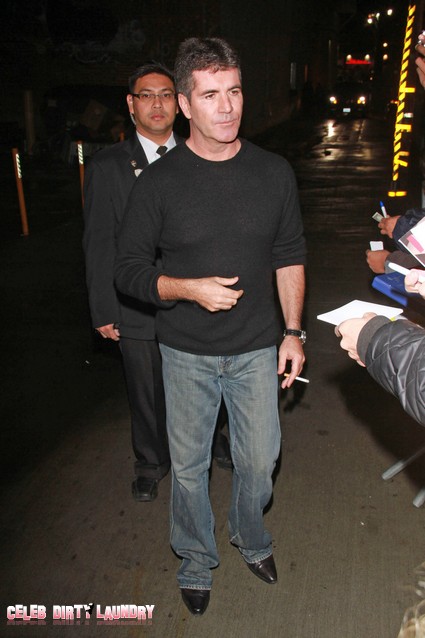 Simon Cowell told Barbara Walters that Paula Abdul wanted to have sex with him but that he declined the opportunity.  The immodest Simon admitted that he once considered getting intimate with Paula but thought the after-effects could be detrimental.

Speaking on TV show ‘Barbara Walters’ 10 Most Fascinating People of 2011′, he said: “We didn’t like each other in the beginning. I think it was sexual tension, on her part.  One million per cent she wanted me. I considered it. But then I thought, I don’t think the after would be as good as before.”

Simon who is engaged to make-up artist Mezhgan Hussainy also joked he wouldn’t have let Paula stay the night if they did have sex. In his typically conceited manner he said: “I’d let her stay for a few hours, but then it would have to be, ‘Good night.'”

Simon and Paula have ‘enjoyed’ a very public love/hate relationship throughout the years and Simon says there was a lot of sexual tension between the pair when they first met working on ‘American Idol.’

Simon has previously said he loves working with Paula because she is bold enough to disagree with him and he was desperate for her to be a judge on ‘The X Factor’ in America.

According to Simon: “What’s interesting is she’s snappy, Paula. You know, she doesn’t like something. I’ve forgotten what she’s like. She doesn’t like you to disagree with her. And there were one or two disagreements. But that’s why we wanted her on the show. I think it’s important that everyone has their own viewpoint. But she is good at spotting talent.”

Was that last statement self-referential? Is Simon talking about Paula spotting bedroom talent???

Do you think that Paula Abdul wanted Sex with Simon Cowell. Cast your vote below!