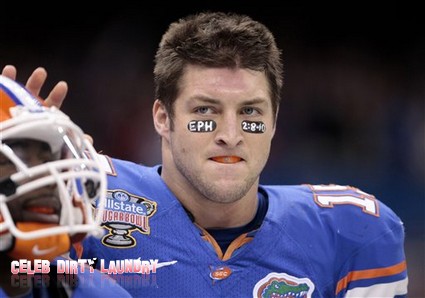 There are many ways that people deal with extreme boredom. A bizarrely popular method of late is inspired by easy-on-the-eyes Denver Broncos Quarterback, Tim Tebow.

Lets start from the beginning. First there was the Planking craze, which (just like it sounds) involved people planking in different settings and taking pictures of themselves. Then, this summer, Owling was all the rage, where people perched like owls in unusual places – again taking photos for posterity (but more likely for facebook). The latest and greatest in unusual poses sweeping the nation is known as Tebowing.

Named for the on-bended-knee pose frequently executed by the Christian football player on the sidelines or in the end zone, Tebowing has made it’s way into mainstream pop culture. The movement even has it’s own website showcasing people engaging in Tebowing. Think I’m kidding? Check it out, for real: www.tebowing.com.

According to the site, Tebowing is officially defined as “to get down on a knee and start praying, even if everyone else around you is doing something completely different.” While it seems to be working out pretty well for the 24 year-old football star, it hasn’t been smooth sailing for Tebowers everywhere. ESPN.com reported today that four students at a Riverhead High in New York were suspended for Tebowing in the hallways. Apparently their Tebowing inspired a band of other students to join in which resulted in a safety hazard. Hilarious.

Tim Tebow has become a bit of a phenomenon de jour both on and off the field. There is much speculation about who he is NOT getting busy with – Tebow is reportedly “saving himself for marriage.” Recent gossip suggested that he and Olympic Skier, Lindsey Vonn may be an item. However, Vonn took to Twitter to shoot down rumors that the pair are anything more than friends, saying “Hearing a lot of crazy rumors but rest assured I am not dating Tim Tebow (or anyone else)”. Lindsey is currently divorcing her husband, Thomas of four years.

Have you ever tried Tebowing? Be honest… it works for Tim…