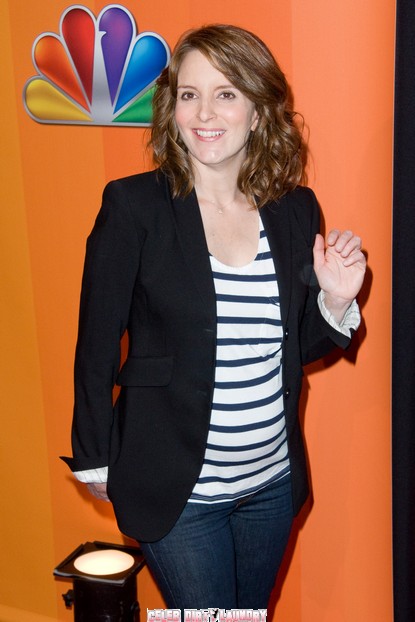 Oh, how I just love Tina Fey!! Obviously fans were shocked when 30 Rock star Tracy Morgan’s crude homophobic rant was unleashed at a comedy show in Nashville – can you imagine how his friends and co-stars feel?

The star came under fire during his show after suggesting he would react violently if his son told him he was gay. Wow, don’t’ hold back Tracy and tell us how you really feel.  His 30 Rock co-star, Tina Fey (um – love her!) was quick to respond to E! Online:

“The violent imagery of Tracy’s rant was disturbing to me at a time when homophobic hate crimes continue to be a life-threatening issue for the GLBT (Gay, Lesbian, Bisexual, Transgender) community.”

She also went on to say about his rant:

“It doesn’t line up with the Tracy Morgan I know, who is not a hateful man and is generally much too sleepy and self-centered to ever hurt another person. I hope for his sake that Tracy’s apology will be accepted as sincere by his gay and lesbian co-workers on 30 Rock, without whom Tracy would not have lines to say, clothes to wear, sets to stand on, scene partners to act with, or a printed out paycheck from accounting to put in his pocket.”

Well that about sums up what I was thinking Tina, good on ya! Seriously though, a great statement with a powerful effect. I can’t pretend to understand how someone like Tracy can think such a thing to be humorous, but I’m glad that a powerful voice such as Tina’s can make a gracious and appropriate statement in return. Cheers to you Tina, you rock girl.