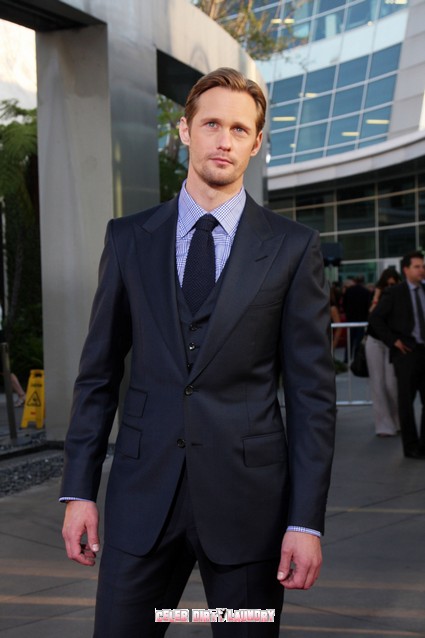 Alexander Skarsgard, who plays Eric Northman on ‘True Blood,’ is a star with influence – we hope. Although we are seeing a kinder and gentler Eric this season due to his witch-induced memory loss, his PSA still packs a punch.

The True Blood hometown of Bon Temps has many gay, lesbian and sexually alternative characters and so it makes sense for the show to get behind anti-bullying. They have produced and released videos for the It Gets Better Project.

The It Gets Better Project pledge reads:  Everyone deserves to be respected for who they are. I pledge to spread this message to my friends, family and neighbors. I’ll speak up against hate and intolerance whenever I see it, at school and at work. I’ll provide hope for lesbian, gay, bi, trans and other bullied teens by letting them know that “It Gets Better.”

Alex comes across as gruff and sexy as he says how “unacceptable” sexual discrimination is. He is tough and to the point – but with a heart.