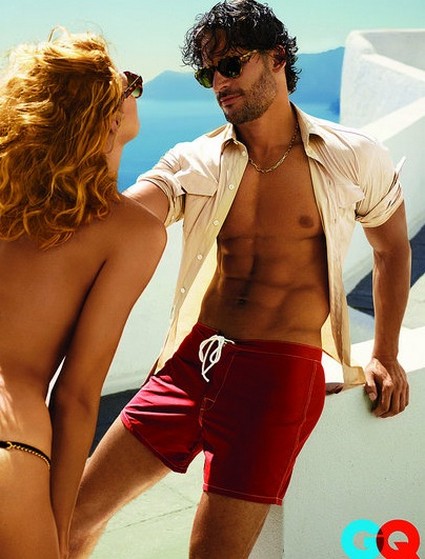 My heart be still!  The incredibly HOT Werewolf from the True Blood series Joe Manganiello, 34, shows off his amazing ripped body shirtless in GQ’s July 2011 issue.  The shots were taken on the Greek island of Santorini an appropriate place since Joe looks like a Greek god!  Am I gushing too much?  It is hard to take my eyes off his amazing abs :-)

Good thing his character is hot in True Blood because Joe told the magazine: “If [my character] Alcide was described as weighing 300 pounds with a comb-over and missing his front teeth, that’s what I would look like.”

True Blood returns this Sunday and I cannot wait.  Waiting has indeed sucked!  Apparently for season four Sookie and Bill are on the outs.  I think that will be more interesting because Bill has been getting a little blah lately.  Maybe they will set up a romance between Eric (my future husband) or Joe.  Are you excited for the return of True Blood? 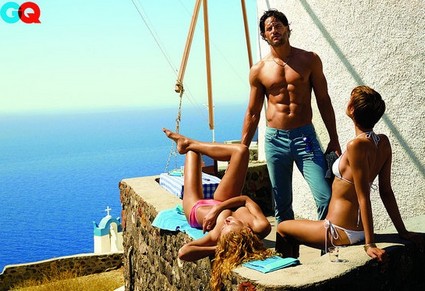