TV Renewal Notices: ‘The Walking Dead’ To Walk For Another Season – No Word From CBS About ‘Two and a Half Men’ 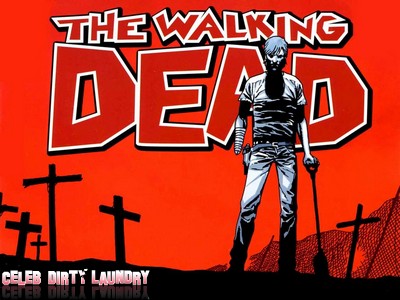 Zombie lovers will rejoice to learn that ‘The Walking Dead’ will be walking around for at least another season as AMC announced that the series is renewed for a third season. AMC cited the strong ratings for the vivid drama about the zombie apocalypse and the few human survivors. ‘The Walking Dead’ started its second season Oct. 16 and has scored the best ratings for a drama in the 18-to-49 age group in basic-cable history. For the added pleasure of the ghouls, the show rolled posted great ratings last weekend on cable networks in Europe, Asia, Latin America, Africa and the Middle East.

No Word From CBS about ‘Two and a Half Men’ – although the ratings are tanking week after week but we need to see how the Sheenless show does after the World Series concludes. The network did announced today that it had picked up ‘Unforgettable’ and ‘Person of Interest’ for the rest of the season. CBS is also sticking with the comedy ‘2 Broke Girls’ but dropped ‘How to Be a Gentleman.’

The Orlando Sentinel’s TV Guy says ABC has picked up ‘Suburgatory’ and ‘Revenge’ for the rest of the season. The Disney-owned network has canceled ‘Charlie’s Angels.’

Great news is that ‘Once Upon a Time’ – which we cover here at CDL scored really well in the ratings in its premiere Sunday.

NBC has extended ‘Up All Night’ and ‘Whitney’ for a full season. Thankfully the network axed ‘The Playboy Club’ and ‘Free Agents.’

No Surprise that Fox has given the hit sitcom ‘New Girl’ a full season.  The CW has picked up three of its three new dramas for the rest of the season: ‘Hart of Dixie,’  ‘Ringer,’ and Vampire Diaries (which CDL covers) cousin ‘The Secret Circle.’ The CW dropped the reality series ‘H8R.’

Series still to be decided are ‘Grimm’ which starts Friday on NBC – Fox starts animated ‘Allen Gregory‘ on Sunday and ‘I Hate My Teenage Daughter’ starts late next month.