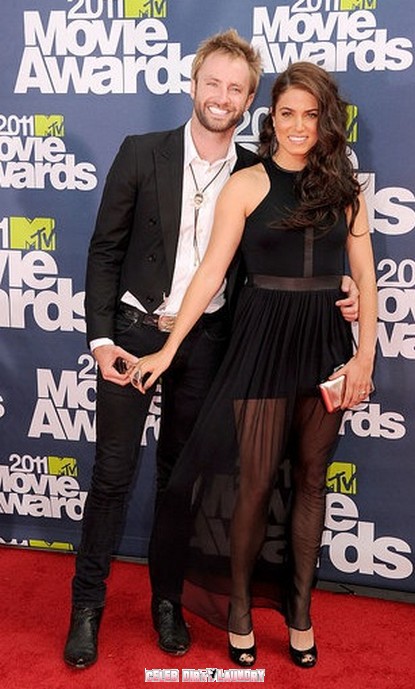 While tons of us have our eyes glued to the screen watching the 2011 MTV Awards, there’s other gossip on the horizon, and it’s in the form of an engagement!

Shortly before the awards show aired, Twilight’s Nikki Reed ‘allegedly’ flashed some diamonds on her finger on the red carpet…I don’t know about you but that means engagement no?  She’s been dating American Idol’s Paul McDonald for several months now after the two met at the movie premiere of Little Red Riding Hood.  The two did not waste time moving forward!

Although Paul didn’t win the singing competition, after getting the boot he opted to stay in L.A and spend time with Nikki.  There’s even been reports of the two getting matching tattoos on their fingers with each other’s names inked in.  Do the couples that tattoo together stay together?  Ya, probably not…

Like I always say (and I’m often right on these matters), time will only tell.  Paul is set to go on tour with his American Idol crew, and is currently working on his album.  I wonder if Nikki has any influence?  Should fans anxiously anticipate soft, romantic ballads Paul?

We know what Nikki will be up to – promoting the first of the last two Twilight films, Breaking Dawn Part One, which comes out this November.

What do you think, too soon of an engagement?  Its Hollywood, come on!