Two and A Half Men Season 9, Episode 12 Spoilers (Photos & Video)

BY Annemarie LeBlanc on December 12, 2011 | Comments: Leave Comments
Related : Synopsis, Television, Two and a Half Men 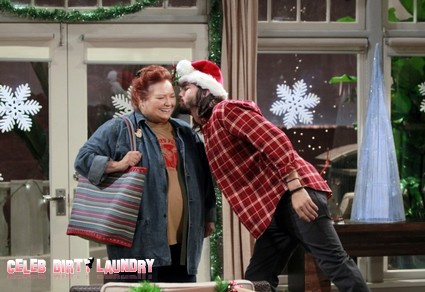 Two and A Half Men returns tonight to CBS with a whole new episode.  This is the 12th episode of the 9th season and it is called ‘One False Move, Zimbabwe!.’   On last week’s episode Walden tries everything to impress his new love interest but someone comes back and tries to destroy all of his efforts?  Guess who came back?  If you missed last week’s show you can read our official recap here!

What do you think of the show so far? I am finding it a mix of Two and A Half Men meets The 70’s show that is not working.  But what do I know?  Just two months after everyone was saying the show would be cancelled it is the biggest ratings gainer of the new fall season.

The show has climbed 39.1 percent in the prized 18-49 demo.  CBS’s senior executive vice president said, “I don’t think there’s any question it validates the move to bring it back.” So I guess we will be seeing a season ten of Two and A Half Men.  Thoughts?

This week TV’s #1 comedy is celebrating the holidays with friends and mothers! In the preview Walden is wearing a Santa hat with mistletoe hanging.  Later he is sitting at the table with his mother and Alan.   Walden’s mother says to Walden looking at Alan, “Is this the women you did not want me to meet?”  Walden says, “He is just a friend” and Alan pipes in, “A Butch and Sundance friend not Breakback mountain.”  There is a lot more in the preview, check it out the preview video below and the photos from the episode!