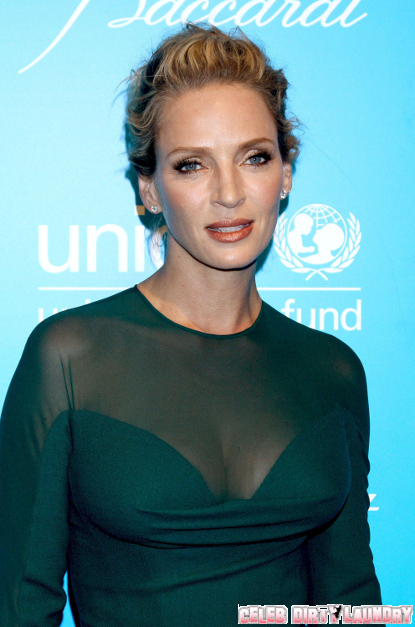 In an interesting casting choice, NBC has tapped Uma Thurman to join the cast of their upcoming musical drama, Smash which premieres February 6th on the peacock network.

According to an NBC press release today, Thurman, known best as Tarantino’s muse in Pulp Fiction and Kill Bill,  has signed on to the series for a 5 episode arc.  Uma will play “a famous and somewhat difficult movie star who flirts with the idea of starring in the musical portrayal of Marilyn” at the center of the show’s plot.

Smash, the brainchild of none other than Steven Spielberg (seriously, is there anything this guy can’t do?), also stars Debra Messing, Anjelica Huston, Christian Borle, Brian d’Arcy James and Katherine McPhee.  It revolves around the production of a Broadway musical based on the life of Marilyn Monroe.

I admit to being really curious about Smash and I have a hunch that this one will be worth watching.