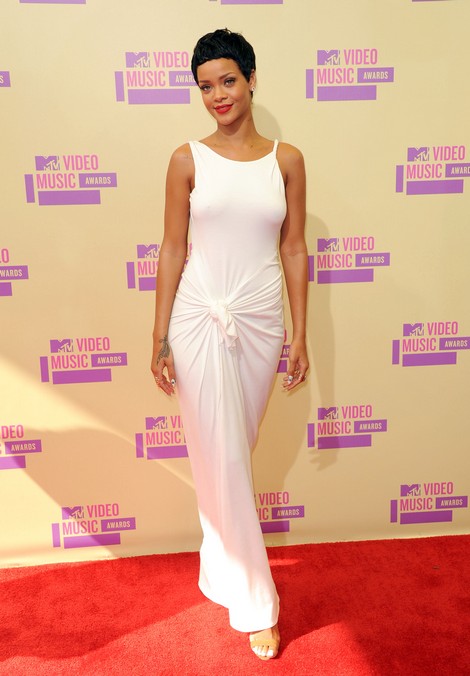 Last night’s 2012 MTV Video Music Awards weren’t necessarily the best award show I’ve ever watched. Pink’s performance (what can’t that woman do on silks?) was beyond amazing, Frank Ocean melted our hearts, and Rihanna reminded us all that the thing she is best at is grinding on a chair and bending over.

I loved the choice of Kevin Hart as host. He is hilarious, has no filters, and started pushing boundaries about twelve seconds into the live show. Kevin took a moment to explain the truth about MTV.

“MTV is the place for mistakes,” he started. He then dedicated a few minutes to elaborate. First, he called out Drake and Chris Brown, trying to explain how their fight started. He urges them to get over it. He saluted Frank Ocean for coming out, calling him brave and commendable. And we agree! Love who you are. Unless you’re Snooki. Kevin put out a statement that I can only assume was from Child Protective Services, urging the new mom to not spray tan her baby guido.

My favorite moment in his intro was Kevin’s special message to infamous adulteress and grade D actress Kristen Stewart, who missed the VMAs this year to be at the Toronto International Film Festival (TIFF) promoting her new film, On the Road. Kevin shouted into the crowd, “it’s over! Move on!” Yeah girl, it’s time to buy your own t-shirt (stop being all Taylor Swift, moping around in your ex’s clothes) and hire someone to do serious re-branding!

Rumor has it that at last night’s show Nicki Minaj delivered a huge diss to Rihanna.  Wanna know what went down and why there is a Nicki Minaj and Rihanna feud? Head over to Hollywood Hiccups who has all the details HERE!

If you want to see photos of celebs at the “2012 MTV Video Music Awards” held at the Staples Center in Los Angeles, California on September 6, 2012 go HERE!

Check out the winners below!

Most Shareworthy Video: One Direction, That’s What Makes You Beautiful

Best Pop Video: One Direction, That’s What Makes You Beautiful

Video of the Year: Rihanna, We Found Love