50 Cent Talks about New Album, Game and The End of G-Unit 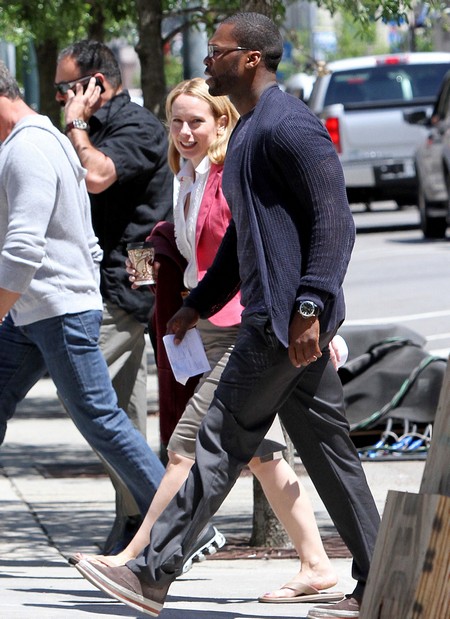 During an interview on Las Vegas Hot 97.5 with Bootleg Kev, 50 Cent talked about his newest album which is set for release on July 2nd – he also spilled on inside dealings with G-Unit and his distaste for Game.

50 has stated that for his next album he’ll be bringing back a more ‘old school’ sound of himself on the album: “When you say ‘take it back,’ you’re not leaving any room for growth. You’re staying ‘Stay where you were ten years ago.’ For me, it has that energy that they were attracted to on Get Rich or Die Tryin’, all across the board. I just think the way I articulated things on this project, my choices, are better. I think I’m better. I’m thinkin’ it out a little more. They’ll get a chance to see where I am.”

I haven’t listened to 50 Cent in so long, mainly because I just didn’t feel his music was as great as it once was. I think I may like him going back to his old roots, but I can’t help but question if it will be good enough.

Also 50 Cent explains the reason for Interscope Records dropping G-Unit, “The reason G-Unit was dropped from Interscope Records was because the deal I gave them was so well-put-together for them that they were to receive $750,000 in advance on the next albums – each one of the artists. They gotta remove that in this climate of record sales.”

After this the discussion moved onto whether 50 Cent would ever collaborate with Game in the future and he said, “I don’t know. Let me see if this is just one of my character defects or not: when you said Game’s album The Documentary was crazy, you’re making reference to things I wrote, meaning, the first three singles off of that were things that I wrote. So now, when you look at that, and you look at all the disrespect that was displayed over the years, ask yourself – would you be inherently uncomfortable with the concept of associating yourself again with someone where…you don’t even know where it came from. If I did something wrong, I can accept it. …But if I didn’t do anything at all and it turns into what that turned into, I’m a just stay away from it.”

I really don’t see why many people really care for the two collaborating; I personally can’t stand Game as he is right now, he’s lost something very important in his music. So I’ll be keeping my eye out for 50 Cent’s new album, it may have some promise.